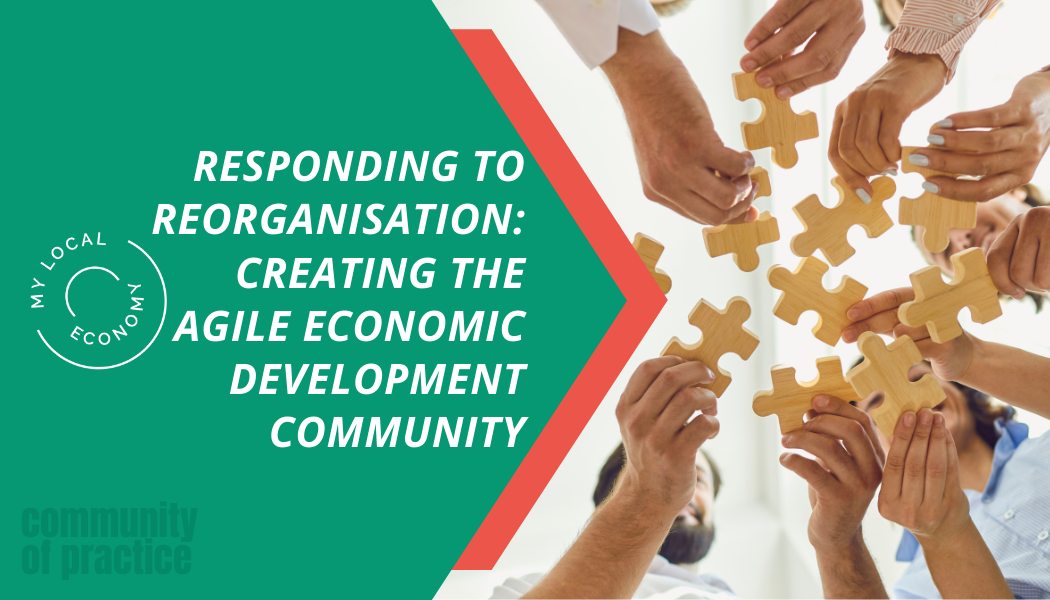 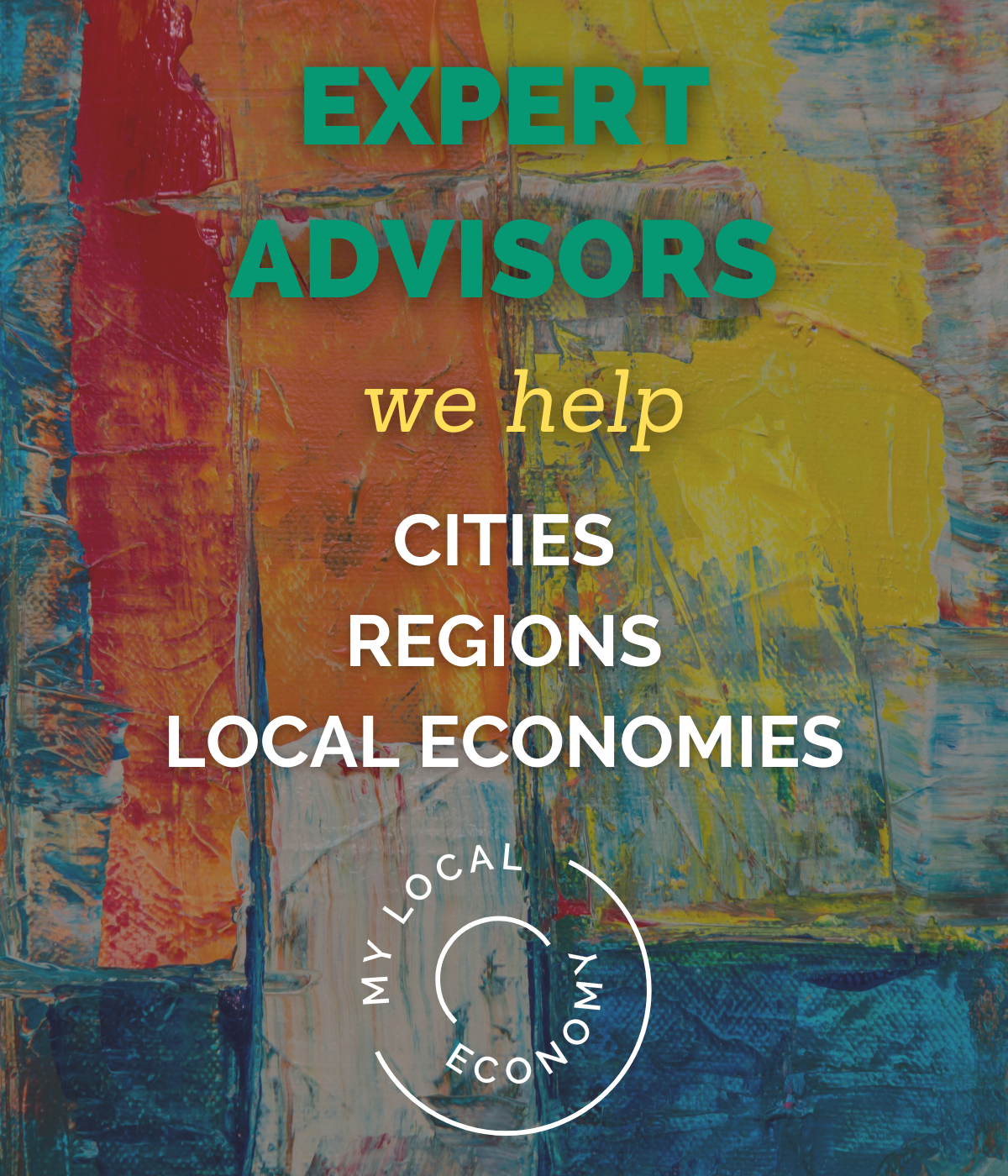 Those working in local economic development in England in the UK can hardly be unaware surrounding the rumours of government policy, funding and institutional restructuring. The ‘levelling up’ White Paper has been a three-year rumour mill, and there has even been an HM Government department named after it. Since 2017, there have also been rumours about the new ‘Shared Prosperity Fund’ that will replace European Union development funds. Over the past year or so there has been a lot of briefing ‘against’ Local Enterprise Partnerships (The UK central government’s institutional structure for delivering local economic development in England), but then we’ve also heard about a push for county-based solutions alongside more ‘combined authorities’ and mayors.

There’s a lot of fodder for speculation here, but little detail on the objectives of central government policy, and how local economies will access the resources and powers that they need.

The real story? The loss of £9.4 billion in funding for local and regional economic development?

This could be a big deal – in the 2014–20 programming period, the UK as a whole was allocated €11 billion (£9.4bn at current exchange rates) in structural funds: €5.8bn (£5.0bn) through the ERDF and €5.1bn (£4.4bn) through the ESF (see https://www.instituteforgovernment.org.uk/explainers/structural-funds). This was supplemented by an additional €8.4bn (£7.2bn) in ‘match funding’ provided domestically.

Match funding comes from a mix of central and local government and private sector investment. Whitehall departments are the main source of match-funding investment. The main Co-Funding Organisations for ESF investment, for example, are the Big Lottery Fund, the Department for Work and Pensions and the Skills Funding Agency.

Under the terms of the UK–EU Withdrawal Agreement, the UK is eligible for its full allocation of structural and other EU funds from the 2014–20 budget cycle, but it cannot apply for any further funds in future years. Projects supported by the EU 2014–20 did not have to be completed by the end of 2020 and funding claims for projects supported by the EU can be submitted until the end of 2023. Transfers from the EU for existing projects will continue to be made to recipient organisations in the UK for several years.

The loss of £9.4 bn in funding, on top of cuts to local economic development and regeneration since 2010 of about 1/3 of total expenditure will hit the sector hard.

I have heard the rumours of the Levelling Up White Paper and associated institutional change, and I don’t think they are particularly constructive. Instead – why don’t the powers that be set out the compelling mission for city, regional and local economic development, what outcomes and benefits they want, and what kinds of resources are up for grabs? Then we can design the types of organisations, institutions and powers we need; and appraise and develop the skills and capabilities we will have to deploy.

I could write a few books about this – but its not going to stop central government making these changes. Instead I’ll focus on where this leaves local communities – struggling to deal with top-down change.

Economic development organisations, and communities are left to deal with institutional and funding uncertainty

So instead having heard about one organisation’s demise and waiting around to see what turns up next, why don’t we fill in the big yawning gap with what we think an economic development organisation needs to look and act like, in order to address the massive challenges and opportunities facing local economies?

Reflecting on past experience, seven recommendations seem worth bearing in mind to ensure that communities are prepared for change. I say ‘communities’ here in reference to the community of policy and practice. Whilst the institutions may change – the qualities, capabilities and skills needed will remain largely coherent and intact.

Economic development organisations work in complex, dynamic environments. They operate in an area of public policy with high political salience – the economy and the jobs, investment, and the winners and losers that this entails. As well as the changing dynamics of the economy – the political and policy world are vital levers of change. Governments set regulatory frameworks, macroeconomic controls and stability, and in the case of England in the UK – control much of the levers of public policy, including law, health, education, business stimulus, welfare and unemployment, and housing. This – local economies are subject to a great deal of external influence and control in the UK, hench the need for them to have policy and institutional agility as well as economic agility and dynamism. The rest of points 2. To 7. discuss some of the main ways that you can create the capacities and organisations that help to build agility.

2) Be informed: know in detail your local and wider economic challenges, opportunities and dynamics of change

The more things change, the more they stay the same. I’ve witnessed this first hand a few restructurings – from the creation of England’s RDAs, to their abolition and the creation of Local Enterprise Partnerships, and two recessions – one in 2009 and the other in 2020. Although these political and economic shocks create a lot of new challenges, there is also a lot of continuity – as the existing challenges are accelerated or intensified, or simply do not go away. Policy change and institutional change is not a magic eraser for the economy or for the economic legacy that many localities are still dealing with.

So – even if government changes the institutions – the economic challenges remain – whether they relate to Covid-19, Brexit, skills supply, employment land and premises, infrastructural deficiencies, retail restructuring, deprivation or meeting the climate change challenge.

3) Keep some continuity in skills and experience

Institutional change always creates a hiatus of reduced and stop-start funding, and this can cause organisations to make staff redundant, downsize or close completely. There is usually a one- to two- year period where not much happens in national government. They have announced the policy, but they need to get the powers and resources in place.

This kills institutional memory and capacity. Local economic development is complex, and requires a mix of high-level skills to be effective. The knowledge that has built up in teams over many years, and the networks established with local and national stakeholders cannot be replaced quickly or easily.

In England, we’ve been running on reduced capacity for years. This next restructuring could deal the economic development profession a major blow. I don’t think that policy and practice for local economic development can be continued as a serious going concern if we lose a lot of staff and knowledge over the next few years.

Those localities who manage to retain knowledge and staff – will be in a better position once the national policies and new institutional arrangements start to kick in.

Monitoring and evaluation has become an optional activity amongst economic development organisations in England. Ironically its only being kept alive by European funded projects, where it is mandatory. We have very little idea about the effectiveness of policies and programmes over the past decade.

So when the government sends out its auditors or ministers make spurious claims that ‘the current system doesn’t work’ – do you have some good performance data and evaluation to rebut that?

Zero based policy reviews are nothing new in the UK. Having to prove you need to exist should be something every economic development organisation can easily cope with and head off. If this is done in a transparent, objective and robust way – it is more powerful.

“Just when we were happy with our local institutions, were working closely with them and making a difference – the government came along and ripped it all up.” This is a common refrain from business leaders who get involved in local economic development. Use your local stakeholders and big voices as advocates. They are not afraid of tackling government ministers, or using their influence. Even when the big policy announcements get made – there’s still a lot of detail to work out. You can influence that.

An agile local economic development approach is one that recognises that the electoral cycle and political environment will change. Most local stakeholders know that short-term knee jerk policies and institutional changes don’t work particularly well for local communities and economies.

Stick to the fundamentals – you need a vision, a long-term plan, with short and medium-term objectives and priorities. You need multiple stakeholders and support. You need sound analysis and evidence – which will cut through the political debate, and you need committed leaders.

Create an agile strategy – one that doesn’t have to play the tune of the latest central government fad, but can be bent, shaped or adapted to the changing institutional and funding environment. Did Greater Manchester ever have a LEP delivering economic initiatives? It didn’t – it laid down is preference for a Mayoral authority, with a business advisory board as part of this.

The best economic development organisations and professionals I have seen embody the “Strategic Pragmatism” idea – that you can be strategic, but pragmatic in terms of what you can take forward or get funded in the short – to – medium term. One weakness amongst local organisations I have seen in recent years is that they don’t have the strategic case, and project concepts to react to short-run funding opportunities and grants. They have had few fundable ideas.

To be successful in the current environment – you need:

I live and work in England in the UK. In such a centralised country, where the national government funds and shapes much of the local economic development landscape, the influence of the political cycle is massive. Whether its a government coming into power fresh from...

END_OF_DOCUMENT_TOKEN_TO_BE_REPLACED

Skills & levelling up: some fundamentals that are useful to remember

Foundations of labour In doing some recent work reviewing some labour market and skills intelligence, I was reminded of some of the fundamental qualities of labour and skills and how these explain a lot of the challenges and issues that we still deal with today in...

END_OF_DOCUMENT_TOKEN_TO_BE_REPLACED

Our labour market and skills analysis is best in class

We know the data inside out, have conducted in-depth studies on all aspects of labour markets: immigration, skills shortages, HE, economic inclusion, and employers recruitment and skills demand. We regularly write articles providing advice and guidance on skills -...

END_OF_DOCUMENT_TOKEN_TO_BE_REPLACED 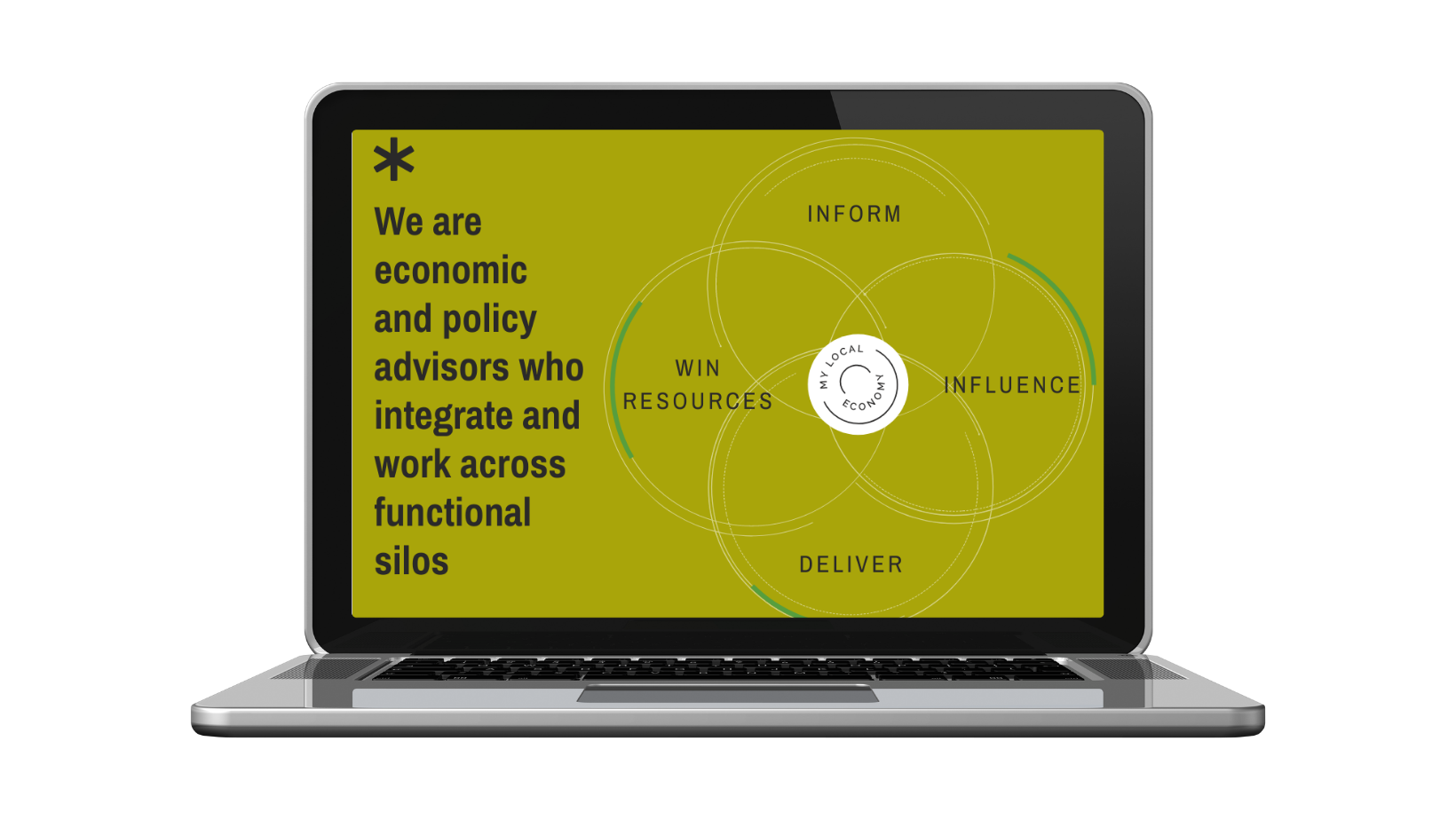 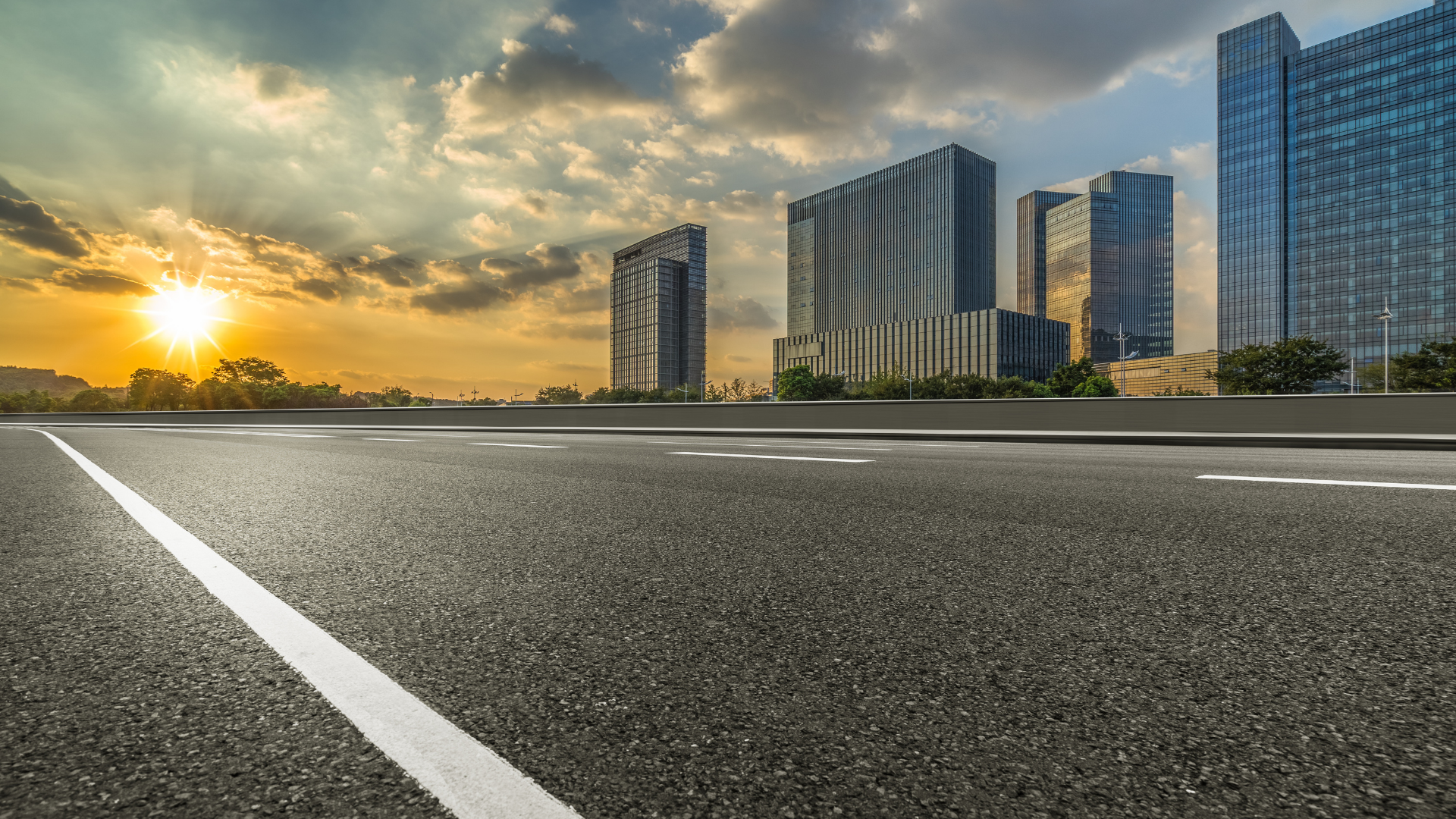 Get priority access to all of our insights, articles and CPD resources - subcribe now by entering your email address.